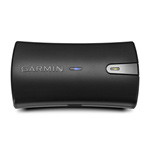 Why I was really excited about Garmin's GLO module?

- Bluetooth pairing with iPod/iPad/iPhone with NO NEED for a jailbreak
- 3 meters accuracy (iPhone comes only to 5 meters)
- 10 location updates per second (iPhone does only 1!)


At home, I paired it with my wifi only iPad, all done within seconds, put the bluetooth module outside and after 30 seconds (totally cold start) GLO had a lock. All cool with wifi only iPad and should be as well with iPods.

But I wanted as well to test with my iPhone (5). One of the video reviews I watched, implied that GARMIN GLO will override the internal GPS and thus I hoped in better quality GPS for my iPhone 5 as well.

iPhone 5 paired with GLO just alright and so I went driving. But location precision reported by the iPhone stayed at 5 meters and by all the behavior one can tell it was still iPhone's GPS that was in use!

So I went to GARMIN's web site, support section to find out that there is no GLO in the list of devices to pick from (sad). I hope they add it soon. Anyway, I sent them the following support request:

They should reply within 3 business days. Meanwhile I have a warning for those of us who watched the same review video or just implied GLO would override the existing internal iPhone's/iPad GPS to have better GPS accuracy/updates: It might not be overriding! Beware, and I'll update once I have a reply from them.

> I have looked into this for you and can confirm it will not replace or> over ride the iPhone's internal GPS it will only boost it.> I am sorry if this has caused any inconvenience.

Enough? Nooo. So I asked:

May I ask for some technical details or an article for example aboutwhat can be expected from that boost? Does Garmin have any technicalmeasurements for what we can expect?

Dear Stanislav Dvoychenko,
Thank you for contacting Garmin Europe.
I am happy to help you with this.
The information is below:
GLO can receive position information from both the GPS and GLONASSsatellite constellations, allowing it to connect to up to 24 moresatellites than devices that rely on GPS alone. This allows GLO to lockon to satellites approximately 20% faster and remain connected even athigh speed. What?s more, GLO updates its position information at 10x persecond ? that?s up to 10x more often than the GPS receivers in manymobile devices.

[Update Jun-4 2013] Here used to be a part where I was telling that GARMIN GLO doesn't work with iPhone or cellular iPad and I should tell GARMIN was not helpful at all and never provided any extra information on the issue. BUT since then I got to know guys from Bad-Elf company (producer of Bad-Elf GPS modules) and they solved that issue for me and hopefully You as well if you are reading now.

So, here is to the point. If you are not seeing 10 times faster location and speed updates when GARMIN GLO is paired to your iPhone or cellular iPad, this is just a problem with location services not letting it through as they should. You need to apply this fix: http://blocoware.blogspot.cz/2013/02/bad-elf-external-gps-module-and.html. After applying your iPhone/iPad should work as expected and let the better GPS source win - which is GARMIN GLO of course.
Here is a full response from Bad-Elf guys (my big thanks to them for clarifying the issue not only for their modules, but for GARMIN as well):

"iOS *automatically* uses the location services stream that is reporting the best accuracy. That means that for both the Garmin and the Bad Elf, within a minute or so, all location-based apps will get the more accurate feed. No configuration or selection is needed. As for "boosting" the internal GPS performance, I don;t think that's what Garmin means. I think they mean that as soon as the external GPS is more accurate than the internal one, then you get the better feed for free. Same with the Bad Elf. To be fair, I think you should either remove this issue, or give Garmin and Bad Elf a tie on this issue."

I tested with my iPhone 5, and after applying a fix - I can confirm, with GARMIN GLO - it streams 10 location updates per second for sure. Speed readings are very smooth. Don't expect iPhone to show you accuracy of 3 meters, it looks like limitation in location services that even if location samples have 8 decimal digits precision (see M6 comments) it still reports accuracy of 5 meters minimum.

So good news in the end - if you buy GARMIN GLO - you'll have a superior (compared to built-in) GPS instrument not only for your wifi only iPad or iPod, but for cellular iPads and iPhones as well. Cool!I hope this info may help you.


[Update 6-May-2013] If you are in a search for an external module for your iPod or wifi iPad we have an article published here comparing GARMIN GLO and Bad-Elf bluetooth GPS modules.